Built in 1735 by Colonel John Ashley, a powerful local figure and an outspoken supporter of the Revolutionary War, this was also the site of one of the most important events in the history of slavery in Massachusetts. By the time of his death in 1802, Ashley had amassed wealth and land – over 3,000 acres. 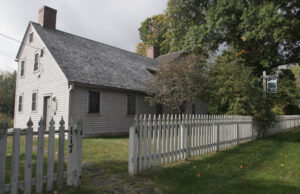 His financial success was based in part on the labor of five enslaved African Americans who worked on his farm and in his home. Elizabeth “Mumbett” Freeman, who was enslaved in the Ashley household, took the new language of the Massachusetts constitution claiming that“all men are created equal” to heart. In 1781, she sued for her freedom – and won. This began the breakdown of the institution of slavery throughout the Commonwealth.

The home on this site is the original built by Colonel Ashley. Although it has been moved from it’s original location down the street, it is the oldest recorded house in Berkshire County. Separate from the house, you will find the Elizabeth Freeman Interpretive Center — open during daylight hours– which houses an exhibit about this amazing story and which also provides space for special events and programs. 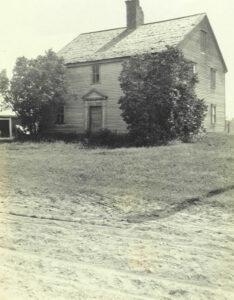 The Ashley House is an anchor site on the Upper Housatonic Valley African American Heritage Trail, which encompasses 29 Massachusetts and Connecticut towns, and celebrates African Americans in the region who played pivotal roles in key national and international events, as well as ordinary people of achievement.

Property highlights include a fine collection of redware, furniture, and tools; a family-friendly “Rocks, Roads, and Revolution Quest” to explore the landscape; and tours, programs, and special events throughout the year. The Ashley House is adjacent to Bartholomew’s Cobble, which was originally part of Col. Ashley’s property holdings and now is a National Natural Landmark that offers over 5 miles of scenic trails.

The Colonel John Ashley House is owned and managed by The Trustees of Reservations. The grounds are open year-round, daily, sunrise to sunset; the house is open seasonally for tours and for groups by advance reservation. Allow a minimum of 1 hour for the Ashley House, 3 hours if also visiting Bartholomew’s Cobble. Visit our website or call for tour and programs times.